Unpredictable Command Technique, UCT, was developed by David Ogden, PT.  He developed these novel techniques to help a client with Parkinson’s disease.  Her condition dramatically improved after implementing this work and it was expanded to be used in group classes.  I took a workshop in UCT at the ATRI Symposium last year and was struck by the potential it offered my client population.  I have found ways to incorporate the principles into both my aquatic and land yoga classes, as well as teaching full Unpredictable Command Technique classes on occasion.

What is Unpredictable Command Technique

UCT is one person giving another or a group a set of verbal commands, to perform a variety of movements.  The movements should include familiar and unfamiliar exercises, they’re not done in any particular order, sequence, number, or repetitions.  The goal is to get clients to “improve voluntary control, awareness of movement and body in space, and enhanced mental concentration.”1

In this video, you can see these principles in action.  We’re doing one pose with one side of our body, a different pose on our other side, and we’ve crossed the midline.  We incorporated 3 elements in one posture.

How UCT fits in with other aquatic therapy styles.

If you need more background on aqua yoga in general, read my article, The Ultimate Guide to Aqua Yoga. 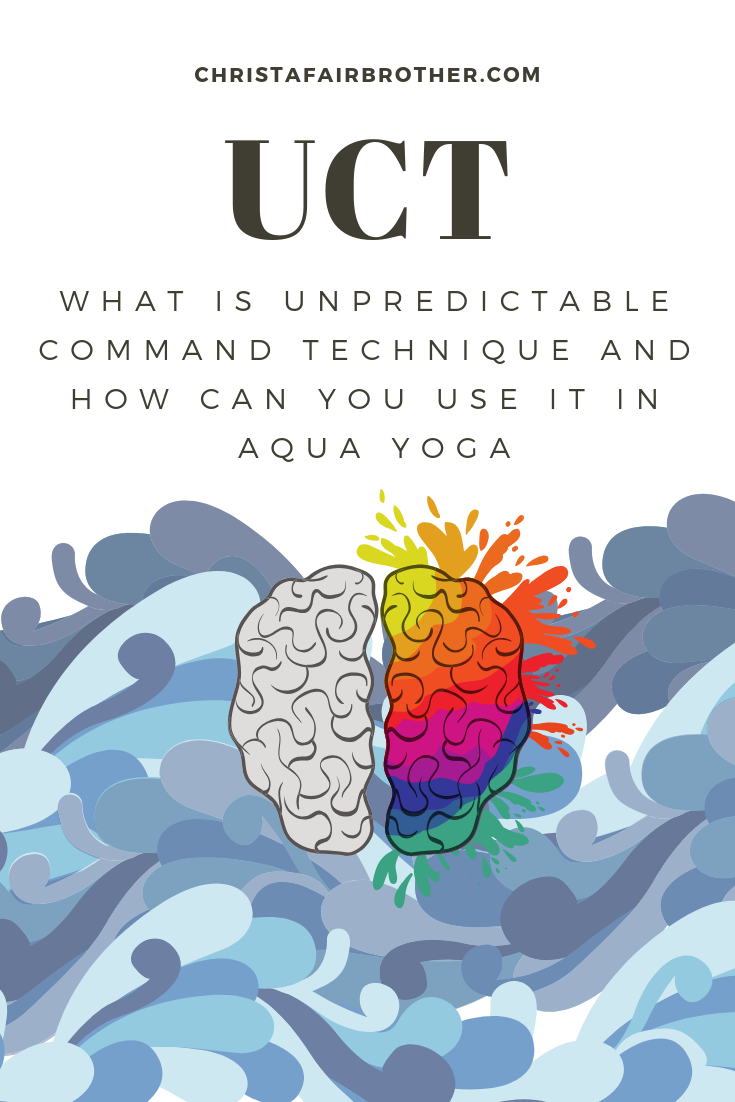 *This post contains Amazon affiliate links. Books purchased through these links cost you the same amount.  I will get a tiny commission that I use to support my yoga book habit.  Thanks for your consideration.

More on this topic

The Ultimate Guide to Aqua Yoga

I'm a yoga teacher who specializes in making yoga accessible in the pool and on land. I also train and coach other yoga and aquatics professionals in aqua yoga. My teaching style is engaging, responsive, and fun.